Fearless, a fighter … recurrent words used to describe Omoyele Sowore, the owner of founder of Sahara Reporters, by the hundreds of Nigerians based in the UK, that came to the University of East London, Water Lane, London on Saturday 12th May to see and hear the Presidential Aspirant for the Nigerian Presidential Election that will take place on 16th February 2019, incidentally on Omoyele Sowore’s birthday. Representatives of the Nigerian Diaspora in the UK at the townhall meeting in London are thirsty for a total turnaround of Nigerian politics and see in him their best candidate and a just man.

Omoyele Sowore started his campaign just over 10 weeks ago and has already completed a 23 day tour of Nigeria, namely #takeitbacktour.

As he arrived in Lagos on 3rd April, he would also be welcomed at the airport by thousands of Nigerians who see him as the incontestable hope to take Nigeria into a new era. It is not surprising when the 2019 line up is, to name but a few, Muhammadu Buhari, incumbent president now aged 76 or Atiku Abubakar, 71 years old.

Nigeria has 40 million youths aspiring for change, opportunities and justice and Omoyele Sowore has a proven trackrecord as a human rights activist.

Dr. Gbenga Oduntan, reader in International Commercial Law, at the University of Kent, stated  in his address at the Town Hall Meeting:

Omoyele Sowore, in his speech, would refer to Nigeria as “The Federal Republic of all kinds of injustice”

His manifesto is ambitious and would require fresh blood and a change in culture, especially to tackle corruption at the highest level in office for which he proposed to remove immunity for all elected civil servants. Reforming the Civil Service will be key by incentivizing current civil servants close to retirement to leave and be replaced by younger ones accustomed to new technologies.

Switching to Nigeria being an oil and passive economy soon extinct is also paramount to him by reforming agriculture, developing renewable energies sources, especially solar energy. Education and Healthcare would also see the creation of 360,000 jobs, 200 000 posts created for the recruitment of teachers and 160 000 for healthcare practitioners which would absorb the current unemployment of graduates (300,000 are jobless). Raising the minimum wage of the average worker to increase their spending power and boost the local economy are also on the agenda as well as enforcing current legislation to tackle capital flights due to the abuse of expats quota being brought in to work in Nigeria.

Restructuration is on the table as long as the process is consultative and representative of what Nigerians want.  In terms of gender equality, Omoyele Sowore is committed to a fair representation of both men and women in the political life of Nigeria and wants a 50/50 cabinet. He also dares to say that if only women are found competent while constituting the cabinet, he will have a 100% female cabinet ministers.

From a panafrican stance, I was happy to hear that Omoyele Sowore is in favor of the ECOWAS currency and economic integration.

When it comes to his political platform, Omoyele Sowore has promised that he will make no alliance with the current parties tarnished by alleged claims of corruption. He wants to totally breakaway from former politics and the current political culture forcing political aspirants to have a Godfather to enter politics.

This explains the GoFund Campaign he has launched to finance his campaign:

How can Omoyele Sowore win the 2019 election?

Living in the U.S himself, it is clear that Omoyele Sowore sees the Nigerian Diaspora has a powerful ally. In fact, his first act as a president, he wants it to be diaspora voting in their country of residence and no visas required to travel back to their homeland.

To counter attack "the cash for votes" mentality at grassroots level in Nigeria where voters would actually be bribed to vote for a candidate, Omoyole Sowore recognises the influence that the UK diaspora and others have back home as they send their remittance on a monthly basis to support their families. It is key that those on the ground register to vote and hold a PVC card (permanent Voter’s Card). Click the link below for more info:

The solution, as suggested too by Citizen AY, Ayo Ogundimu, one of the organiser for the TownHall meeting in London yesterday “Get your PVC!!!”. Omoyole Sowore, ups it, he suggests that to their next remittance, be attached a request to see their family members PVC card.

There is no doubt that Omoyele Sowore has the support of the majority of the Nigerian diasporas who want a Nigeria where they can invest and retire. He now has 9 months to convince those back home that he is the candidate of the future, of a new dawn for Nigeria. African Citizenship for African Americans and a place to call home!é Kalakuta Republik: A place where freedom lives on !! 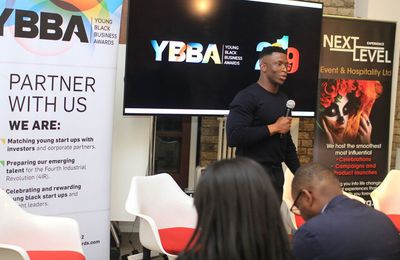