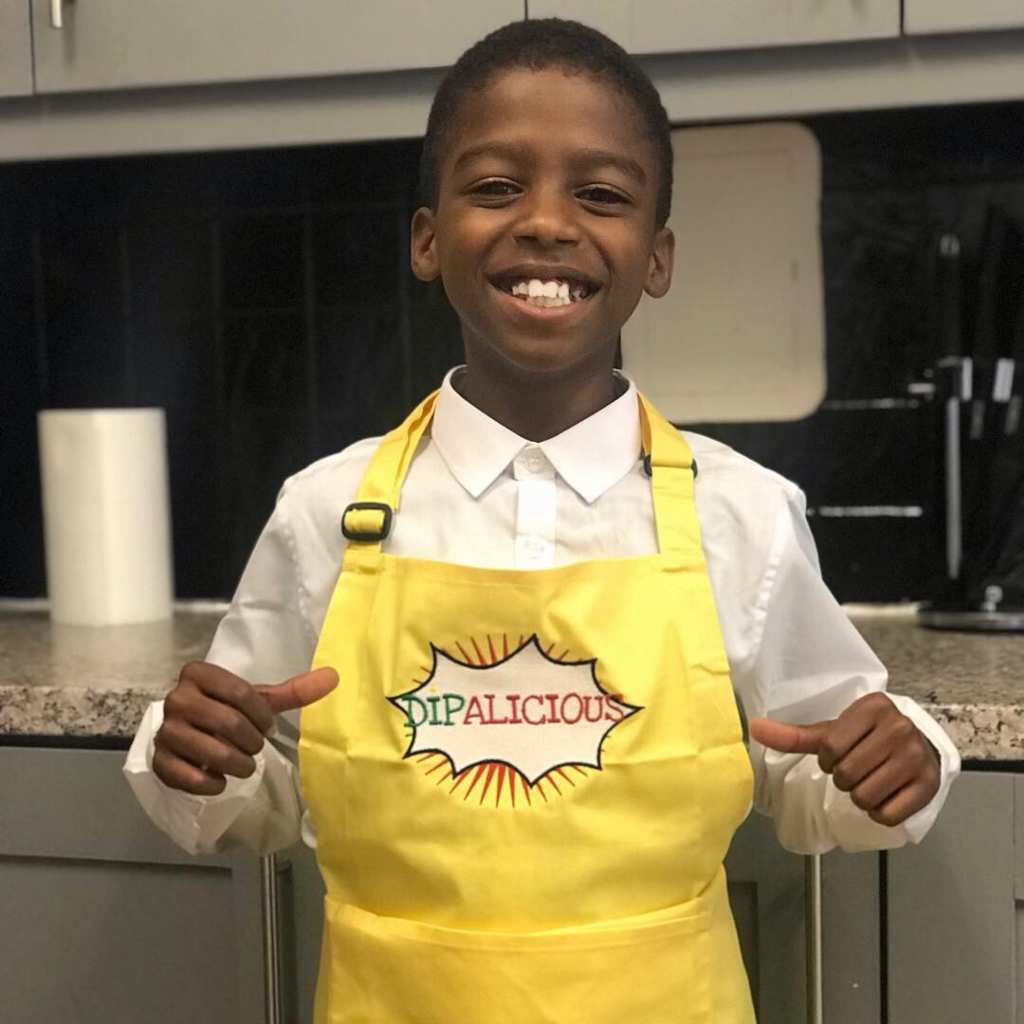 Budding business mogul Omari McQueen is set to impress foodies with his new vegan dip business, Dipalicious. At just ten years old, Omari is already the proud owner not only of his own food company, but a YouTube channel, 'The Mari Maker Show', where he enthuses about homemade vegan dishes and shows fans at home how to recreate them in style.

As one of six children, he learned how to cook very quickly from watching his mum and dad prepare large meals daily, and it wasn't long before he was rustling up his own culinary creations for family and friends, inspired by his Jamaican background and his love of great flavours! While making a vegan pizza, Omari decided to create a dip to accompany it – and the idea for Dipalicious was born.

Overcoming his natural shyness whena he's in the kitchen, Omari has always loved to cook, and creates all the dips he sells himself, before sharing them with the world via the Dipalicious website. As well as being tasty and nutritious, each dip is also 100% vegan approved, ensuring a healthy and ethical way to eat, all while supporting a new business venture from one of the UK's brightest young entrepreneurial talents.

The brand officially launched in 2017 when Omari was only eight, and the delicious flavours on offer currently include Caribbean Kick, Sweet Tooth and Coco Curry– each winning glowing reviews. Dipalicious is going from strength to strength as Omari experiments with new flavours to create vegan dips sure to suit even the most discerning palette.

"I want to create food which everyone can enjoy," says Omari. "That's what great food is all about, to me – it's a way to bring people closer together, and that's what I hope to do with Dipalicious."

When he's not building his brand, Omari enjoys spending time at home with his family and loves to dance along to his musical hero Michael Jackson.

At Dipalicious we sell a range of Vegan dips with the aim to provide healthy snack food to everyone no matter their dietary needs.