Fuse ODG, born Nana Richard Abiona on 2nd December 1988, is a Ghanian Afrobeats rapper, singer and songwriter born in Tooting, London. He is a two-time winner of the Best African Act at the MOBO Awards and came to international fame with his 2012 single 'Antenna'. Working with the likes of Wyclef Jean, Sean Paul and Ed Sheeran, FUSE ODG brought Afrobeats to the general public.

Fuse ODG was raised in Ghana and returned to South London to complete his secondary school. In 2011, a trip back to his homeland started off his musical career. He released a string of Afrobeats singles that melded old African highlife rhythms with western rap and R&B melodies and came to fame with his song 'Antenna' in 2012. His chosen stage name "Fuse" comes from his fusion of musical styles, as he is known for his unusual combination of genres such as Afro-pop, hip-hop, R&B, funk and rock, whilst "ODG" stands for 'Off Da Ground'.

At 30 years old, FUSE ODG released his second album, New Africa Nation, which encompassed a more ambitious project: building schools to enable children in rural areas in Ghana and Jamaica to access quality education. Besides, his movement TINA 'This is New Africa' (which is also the name of his first album) is all about changing how Africa is perceived internationally. His take is:

"If you are from Africa, your mission should be loving yourself and developing a love for where you are from."

Watch Antenna, FUSE ODG single, that shot him to fame.

Understandably, FUSE ODG has been instrumental in promoting 'the Year of Return', a 2019 initiative of the Ghanaian government, along with the U.S. based Adinkra Group, that is intended to encourage African diasporans to come to Africa (specifically Ghana) to settle and invest in the continent. In support of the year of Return Campaign, he launched Nana Dolls in December 2018, a black doll line for young African girls on the continent. In his announcement, the singer stated that the doll line was an important addition to the cultural representation of the true African girl. He went on to address the problem Africa is facing as Black dolls in Africa only represent 1% of the market. 99% of the toys being sold in Africa are white dolls which condition children to believe that being white is better. His contributions were recognised the same year at The African Diaspora Awards, which celebrates the accomplishments of exemplary individuals from the African Diaspora who excel in various spheres of life, as well as individuals in society working towards the advancement of Africans in the Diaspora and Africa as a whole.

FUSE ODG has now embarked on the new mission of building a high school in Akosombo, Ghana and refurbishing a secondary school in Jamaica with Reggae artist Chronixx, fitness entrepreneur Chakabars  and artist Donisha (who also happens to be Bob Marley's granddaughter). Students will be equipped with various vocational skills to find work, upon graduation, in industries such as construction, or health and beauty for instance.

For more info, watch one of his latest interview below: 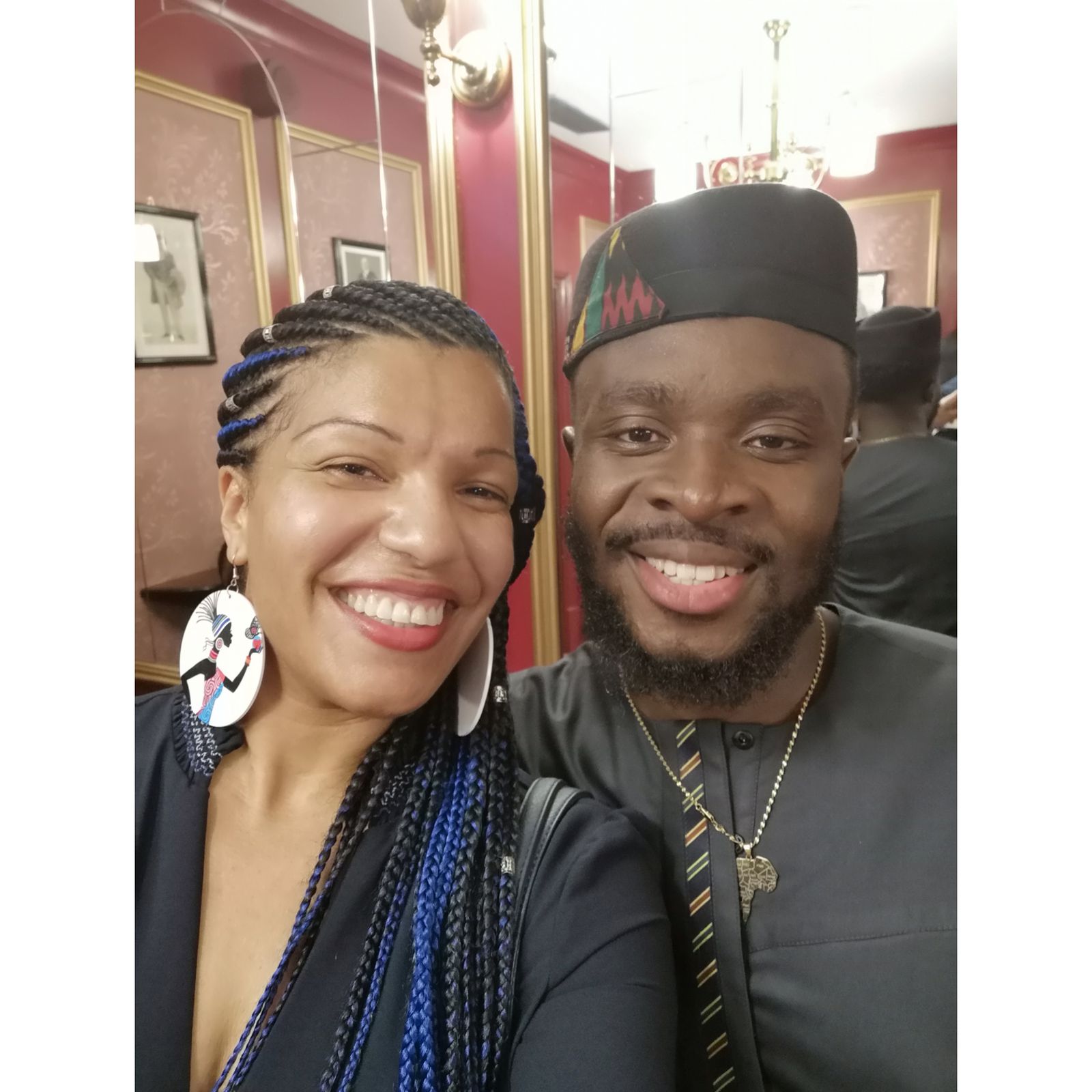 Our cultural mediator, Caro Sika, got a selfie snapshot with FUSE ODG at the latest Black Magic Awards.