Described as the UK's leading "Super Manny", Joss Simmons grew up in a town called Hackney in London, UK and is taking modern childcare to the next level, defying the odds to give back to the next generation.

As a child, witnessing his mother suffer domestic violence had a profound effect on Joss and he knows only to well where many children, who have odds stacked against them, end up. That led him to create his own childcare service, Jossy Care. Joss with two of his young learners

His positive approach is what is gaining him the attention of parents, practitioners, the media and as a childcare practitioner, Joss is also keen to address stereotypes in the childcare industry. Hence, Joss has spoken out on the topic of male nannies being refused jobs on the basis of their gender and the difficulty they face.

In 2017, Joss gave his first public talk about his experience and hasn't looked back ever since. Multi talented Joss is now frequently invited to deliver motivational talks on topics such as depression, domestic violence, children and the future.

Joss recently featured in Time out, Hackney Gazette and East London Radio. He has also won the National Diversity Award 2019 and is currently up for Best Social Media Nanny with Nanny UK Nanny.

Click on link below to vote for Joss Cambridge-Simmons as Best Social Media Nanny: 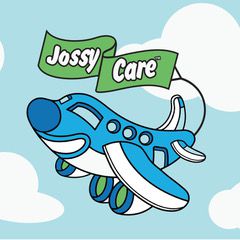 Paul Muhammad, the founder of Moneymob