As we celebrate Black History Month in the UK, have you ever wondered who was the mastermind of it. Well,  his architect is Ghanaian born Akyaaba Addai-Sebo. After visiting the US in the 1970s and being inspired by the Black History Month US held in February, Akyaaba Addai-Sebo initiated Black History Month in the UK in 1987, which is celebrated in October. Its initial aim was to support Black children sense of self esteem and social construct. October was chosen because it was shortly after the UK summer vacation and was the traditional harvest period and time when African leaders gathered to settle differences and appraise the state of the community.

Akyaaba Addai-Sebo also worked to promote diversity in a variety of roles for organizations including the Greater London Council, African Refugees Housing Action Group, Notting Hill Carnival, and Organization of African Unity. In 2014, he was executive producer of "One Humanity," a documentary on the 1988 and 1990 Wembley concerts for Nelson Mandela. 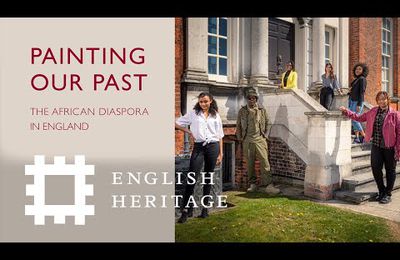 Painting Our Past: The African Diaspora in England
A cosy chat with Noel McKoy about the origins of Black British Music
The Melanin Lunchbox Project
Retour à l'accueil
Commenter cet article