Origin Men take on a 3 day bike ride from London to Paris!! How impressive!!! Ten men of African and Caribbean descent, embark on a 3 day bike ride London to Paris, led by Captain Adisa Stephen-Ezeocha, with the participation of Tokunbo Ajasa-Oluwa and Pablo Reid who are the co- founding members of Origin and 7 Origin facilitators and volunteers, departing from London in the early hours of the morning on Friday 31st May to reach Paris on Sunday morning. In addition to fundraising for the program « Origin », they will also pay tribute to the late American professional cyclist Martial Walter know as « Major » Taylor, who won the sprint event at the 1899 world track championships to become the first African American to achieve the level of cycling world champion and the second black athlete to win a world championship in any sport. He raced in the U.S., Europe and Australasia between 1901 and 1904, beating the world's best riders and competed several times in the « Parc des Princes », Paris. Taylor fought racial prejudice he encountered on and off the track and became a pioneering role model for other athletes facing racial discrimination. 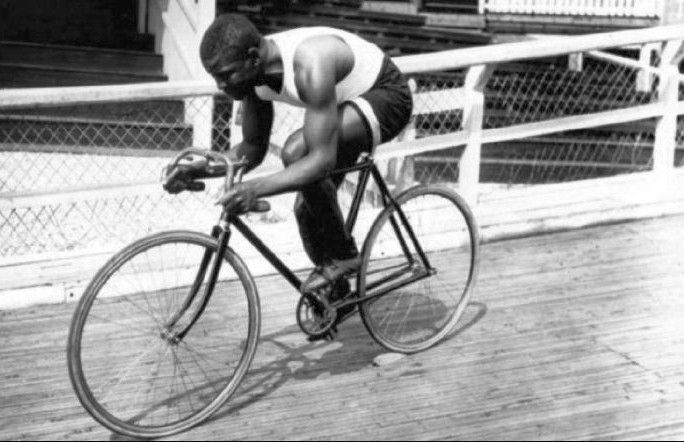 « When the idea of London to Paris on a bike first came-up, I remember thinking... “damn crazy” but what I actually said was “...how about Brighton?” shared Pablo Reid on his Facebook account. Pablo Reid has got many « strings to his bow » and an impressive resume as the founder of British Cultural Archives in Brixton and as co-founder of the project Origin for which the bike ride aims to raise £6,000 and, to this day, has already exceeded its target.

But as Pablo explains « The whole cycling initiative started to become much more than a fundraiser […..] I started to see an opportunity to journey with the ORIGIN men, through a seriously challenging ordeal. Then I saw the question of ‘talking the talk’ or ‘walking the walk’? You know, we often say that we want young people to broaden their horizons and to come out of their comfort zones but how often do we demonstrate this in our own lives? »

And these men have consistently aimed to be a source of inspiration and strength to the younger generation through the Origin Project which came into being in 1999. Last year, for instance, they also succeeded in raising £13,000 against the initial target of £6,000 as they fought in « a white collar boxing » competition for which they trained for 6 months, all for the benefit of the many young men’s lives they are empowering through Origin, a Pan-Afrikan « Rites of Passage » program to take young African and Caribbean boys from childhood into manhood. As these courageous and connected men engage with the young people as mentors, older brothers, fathers, they create an ecosystem involving parents and communities. The program is holistic and aim to create a nurturing, stimulating and safe environnement where both children and parents feel supported through life challenges. Origin promotes African ancestry and heritage consciousness, identity formation and community belonging. Origin doesn’t want to plug into the whole « Black youth in deficit » narrative but encourages both youth and parents to embrace personal development, explore themselves, their aspirations, lives and roles. 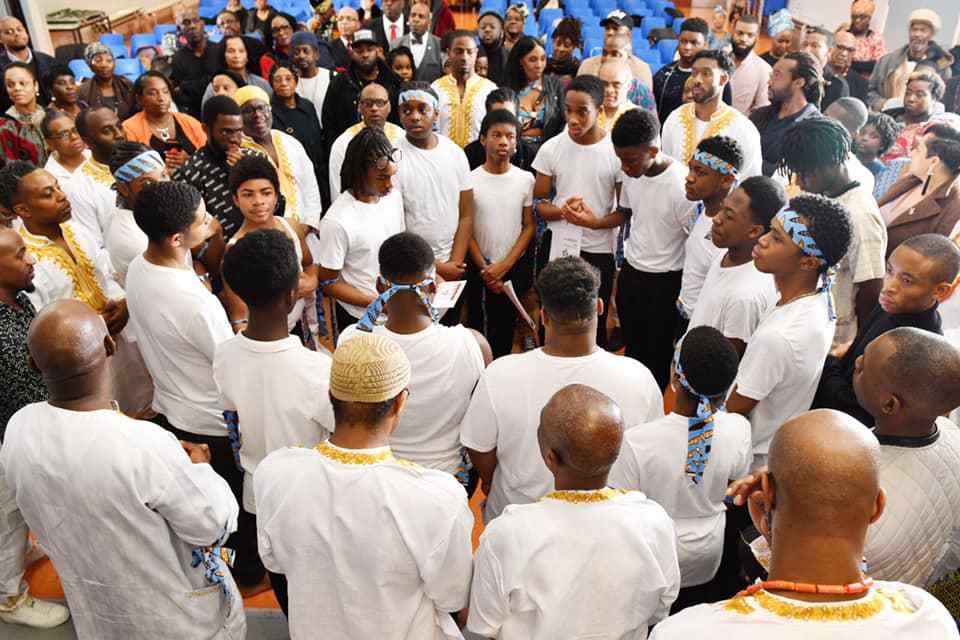 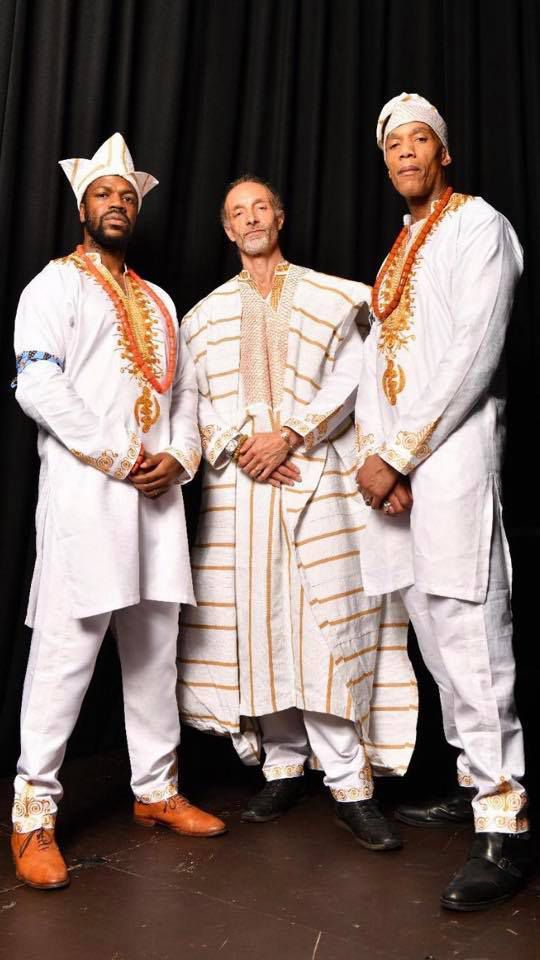 Boys preparing to pass into manhood and below Origin co-founders Tokunbo Ajasa-Oluwa on the left, Pablo Reid in the middle and Adisa Stephen-Ezeocha on the right

To play your part and support Origin now, click the link below: For this year's fundraising challenge TeamORIGIN has swapped the boxing gloves from last year for two wheels this year. On Friday 31st May 2019, ORIGIN facilitators and graduates will be cycling ...

To follow their progress and itinerary, suscribe to their blog. This year, ten of our Facilitators are cycling from London to Paris to raise money and awareness for the charity. On the 31st May '19, the team of novices embark on an epic 200 mile journey from our