First Panafrican Centre in Cotonou, Benin to open on 25th May 2019!!

Two years ago, the Pan-African activist Kemi Seba, president of the NGO "Urgences Panafricanistes" launched an International Day to showcase and promote African production. See video below  (French only)

Kemi Seba is now at the initiative of the First Panafican Centre "CENTRE PANAF" to open its doors in Cotonou, Benin on Saturday 25th May 2019.

In a release on his Facebook Page, Kemi Seba expresses his joy : " I have the honour to announce to you that on 25th may 2019, the official opening of PANAF CENTRE will take place. It will be the 1st African PRODUCTION CENTRE to promote and sell local and continental products in COTONOU.

Several tens of thousands of euros were invested in this commerical space of 430m2 aiming to sell exclusively African and Afro Diasporic products, comprising of a supermarket 100% African, a RESTAURANT 100% African, a fashion BOUTIQUE 100% African (not to mention other boutiques that will open in the coming months).

It will showcase local producers, creators, patriotic entrepreneurs who are discriminated against for the benefit of foreign companies "We seek to demonstrate that entrepreunariat does not systematically rhyme with blind capitalism. On the contrary, our centre will operate within and be based upon cooperative economics".

See some photos of the centre below. Several tens of thousands of euros were invested in this commerical space of 430m2 aiming to sell exclusively African and Afro Diasporic products, comprising of a supermarket 100% African, a RESTAURANT 100% African, a fashion BOUTIQUE 100% African (not to mention other boutiques that will open in the coming months).

It will showcase local producers, creators, patriotic entrepreneurs who are discriminated against for the benefit of foreign companies "We seek to demonstrate that entrepreunariat does not systematically rhyme with blind capitalism. On the contrary, our centre will operate within and be based upon cooperative economics".

See some photos of the centre below. 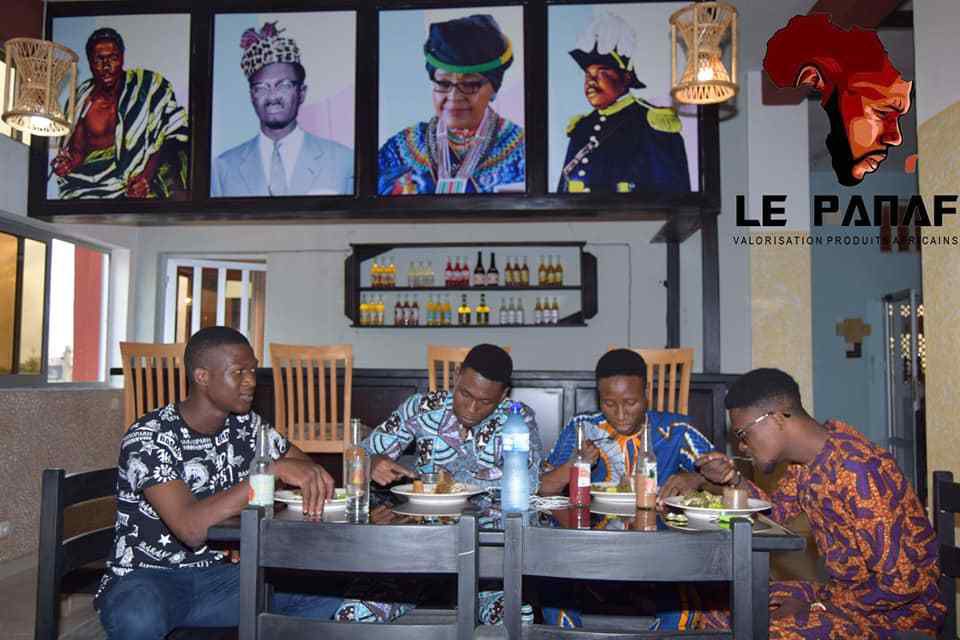 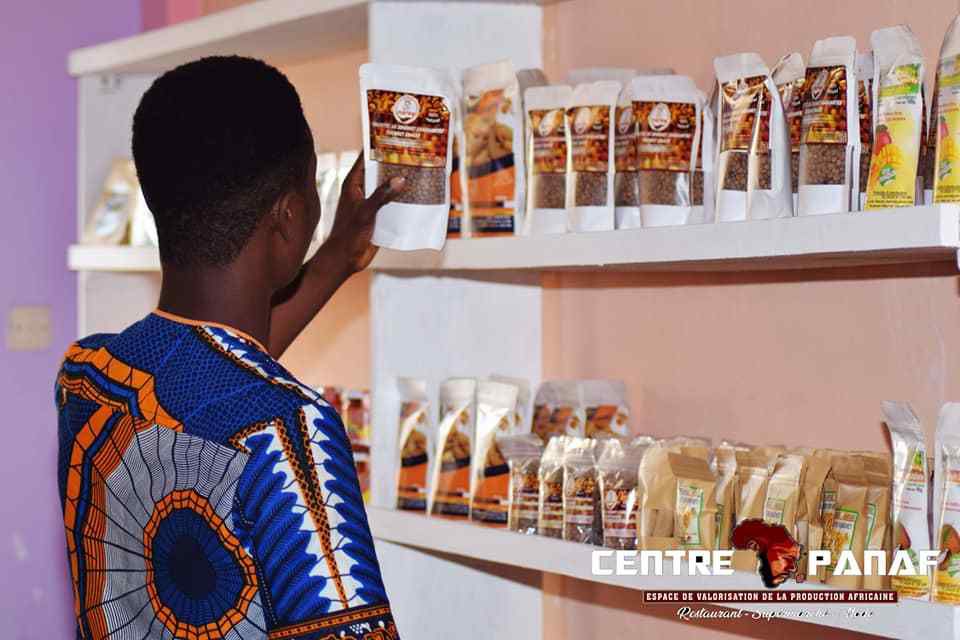 Saturday, June 30, 2018, Kemi Seba was holding his book signing, following the release of his new book "L'Afrique Libre ou la Mort - A Free Africa or death" at Moussa L'africain, a restaurant located in the heart of Paris, near les Halles. " During 3 hours, a constant parade of supporters came to buy their copy of the book, sometimes two or three, from a big brother and a world icon against the oppression of afro-descendants and campaigning for the sovereignty of Africa. In the greatest calm and respect, the session was punctuated by embraces and words of encouragement, in order to provide practical support to the activist and author Kemi Seba. In two hours, more than 500 books were sold.

Keep reading below for our review of Kemi Seba's book "L'Afrique Libre ou la Mort" awakens us to the resurgence of a pan-African movement in the 21st century embodied by Kemi Seba. This fight is part of the continuity of the mission of our ancestors who fought for the sovereignty of Africa in order to, as will tell the author, "regain our former nobility".

The resonance of the title to the slogan of Thomas Sankara, Pan-African resistance icon of the 1980s "La Patrie ou la Mort, nous vaincrons - the fatherland or death, we will overcome" and the choice of the cover of the book in front of the tomb of the latter in the cemetery of Dagnoen in Burkina Faso are full of symbolism and bearers of hope.

The Pan-African mission for the liberation and self-determination of our people is still to be written and its enemies since the pseudo-independances of Africa, especially in the francophone zone,  have since sophisticated their systems of impoverishment of Africa and its people all over the world.

"A Free Africa or death", therefore, retraces the geopolitical struggle of Kemi Seba and his NGO "Urgences Panafricanistes" and their legitimacy and relevance in an era where neocolonialism has transferred to ultraliberal globalism. As a result, Kemi Seba has surrounded himself with many like-minded international figures who, like him, oppose predatory exogenous forces of the 21st century, including seven men that he carefully selected to preface his book, namely:

Biram Dah Abeid, the Mauritanian politician, anti-slavery leading figure in Mauritania and in the Arab world. Jailed several times, he received in 2013 the Human Rights Prize of the United Nations.

Alexandre Douguine, Russian geopolitician, philosopher, anti-imperialist, strategic advisor of the Duma (Russian Parliament) and the Military Academy in Moscow. He is considered the most influential Russian ideologue.

Elie Domota, Guadeloupean revolutionary, trade unionist, independence activist, spokesman for the LKP (Liyannaj Kont Pwofitasyon, meaning together against the Protifasion in French and general Secretary of the UGTG (General Union of the workers of Guadeloupe).

Pedro Biscay, Argentinian lawyer who specializes in economic crime. Peronist activist advocating the Tricontinental alliance, he was for many years the Director of the Central Bank of Argentina. He is the founder of the Centre for research and prevention of economic crime.

Djimon Hounsou, Hollywood Beninese actor, known for his roles, such as in Gladiator, Amistad, Blood Diamond. He is about to release a film about King Behanzin, and a documentary about Vodoun.

Ganiou Soglo, Minister of Culture in Benin from 2008 to 2011 and son of the former President of the Republic of Benin, Nicéphore Soglo. He is considered to be the pygmalion of Beninese cultural life.

Nicolas Anelka, non-conformist and icon in the French suburbs, international footballer and manager who played for PSG, Manchester City and Chelsea.

Continue to read the review of the book below and access the links to order your copy of the book online (your English copy will be available in the next coming months): 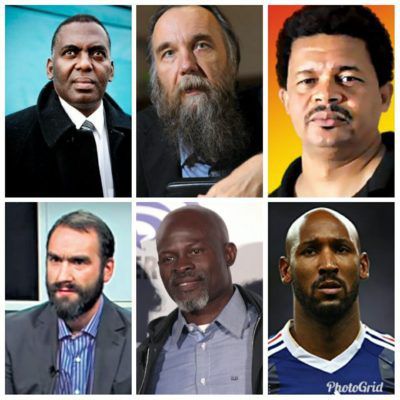 Some contributors to the preface of Kemi Seba's book

In this work, succeeding 3 essays on neocolonialism (Supra Négritude in 2013, Black Nihilism in 2014 and Obscure Epoque in 2016), Kemi Seba provides a framework and reading grid for young Africans and afro-descendants, as well as to future generations, in a plain language to allow them to decrypt the systemic oppression they face and to encourage them to active citizenship, true to his slogan "what African elites do not do for the people, the people will do it themselves".

Kemi Seba's experience on the ground as the president of the NGO Urgences Panafricanistes allowed him to theorize a struggle that is adapted to the realities of this century and which can serve as a guide to any Pan-African resistance movement. According to Kemi Seba, where the African intelligentsia has missed the boat in theorizing in the comfort of their office, formatted in the schools of colonists and failing to link the practice to the theory, " A free Africa or death is in no doubt, the  most important book of their political journey and especially a reflective guide for the new generation of Pan-Africanists, far from the theorists who have never experienced the struggle they champion from their keyboards". "L'Afrique libre ou la mort" is published by New African Cultures Editions and for sale on Amazon, Price Minister and FIAT LUX EDITIONS.

See the links below to order your copy of the book and to follow Kemi Seba on social networks: Photo sourced from the internet 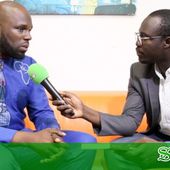